Shaping the course of modern science: William Henry Bragg and his legacy at the University of Leeds 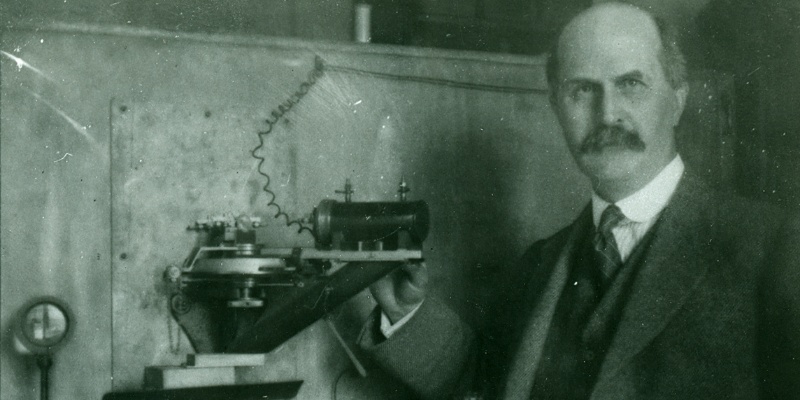 Sir William Henry Bragg, and his son Lawrence, changed the way we understand the world around us, all from a laboratory at the University of Leeds.

Coinciding with the development of the new Sir William Henry Bragg building, and as part of the Bragg Cultural Programme, this exhibition reveals the story of Bragg’s Nobel Prize winning work.

Sir W.H. Bragg joined the University of Leeds in 1909 as the Cavendish Professor of Physics. It was here in Leeds where he undertook his pioneering research on X-rays and crystals, with his son Lawrence. They became the first, and so far only, father and son duo to be awarded the joint Nobel Prize for Physics in 1915. The prize was awarded for their work at Leeds, which involved the proposal of an equation which allowed the position of atoms within crystals to be determined from X-ray photographs. The equation is also known as Bragg’s Law.

Through outstanding objects from the University’s Special Collections discover Bragg’s pioneering work, and his continued legacy.