I also spent time examining material from the Geoffrey Hill literary archive. Geoffrey Hill's collection of poems entitled Mercian Hymns (published in 1971) is based on the 8th century Mercian king, Offa, and interweaves the speaker's own childhood with moments from Offa's life and death.

Hill was as much a researcher as a poet. His draft notebooks include cuttings from newspapers, magazines and academic papers, alongside his own notes, sketches and poem drafts. The archive also includes several card indexes, containing references for the works Hill consulted during his research.

Examining Hill's notebooks and research material gave me an insight into the way in which his creative work emerged from his research. I was able to identify links to people, objects and places which would otherwise have gone unidentified. I was also able to develop a greater understanding of the ways in which Hill's poetic constructions of time and place were shaped by his academic engagement with the past. 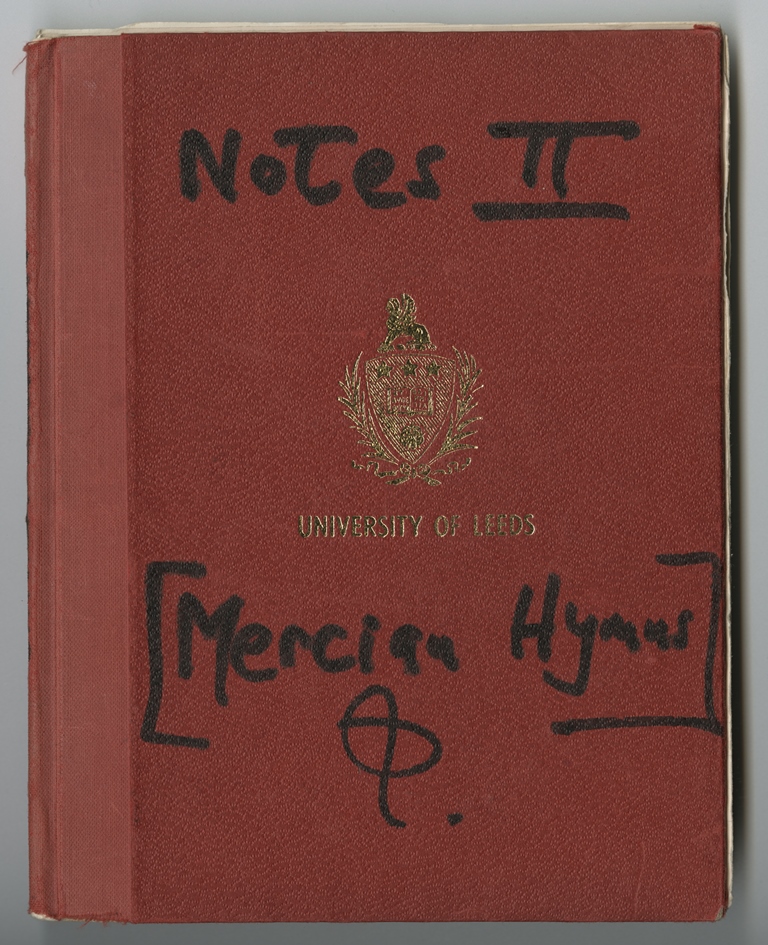