Poetry Publishing at Leeds Before 1950 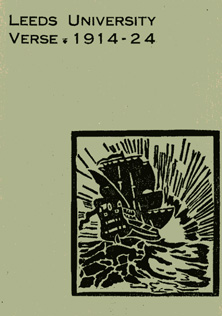 The University of Leeds has a long history of publishing poetry, dating back to the pre-Charter days of the Yorkshire College in the late nineteenth century.

The earliest Leeds student journal, The Gryphon, was first issued in December 1897. Aimed at being more than a digest of activities at the college, it regularly published student poetry; and like many of the student periodicals that came after, was an outlet for aspiring poets to publish their first works.

Herbert Read's first poems were published in The Gryphon. He later reminisced on having "never forgotten the thrill of seeing [his] adolescent outpourings attain the dignity of type," and the stimulus this gave him as a creative artist. (Leeds University Verse 1924–1948, p.9)

The first anthology of University verse, A Northern Venture, was published in 1923; followed the year after by Leeds University Verse 1914-1924. Both included contributions from staff and students of the University, including Herbert Read, J.R.R. Tolkien, M. Storm Jameson and Sydney Matthewman. There is a long gap between this and the production of the next anthology, possibly as a result of the effects of external influences such as outbreak of war in 1939. 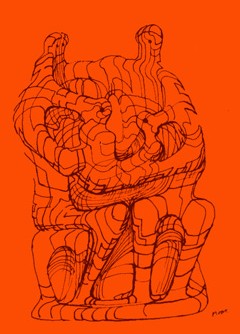 The Leeds University Verse Anthology 1924-1948 was published in 1949, compiled by the editorial staff of student periodical The Gryphon. The cover drawing by the sculptor Henry Moore, 'Family Group,' was produced especially for the anthology. It included an 'Introduction' by Herbert Read. Contributors were drawn from amongst the staff and students of the University and included Read himself, Kenneth Muir, Vernon Scannell, and Robin Skelton. Both Read and Moore sat on the Gregory Fellowships Advisory Committee.

In his 'Introduction', Read referred to the well-established tradition of university anthologies in Oxford and Cambridge, noting that: "a suspicion may have grown that poets do not sing in redbrick cloisters." This was certainly not the case at Leeds. Perhaps anticipating the inauguration of the Gregory Fellowship scheme in the following year, he went on to extol the university environment as one in which the modern poet might thrive, through "affirmation of human contacts" and "intellectual communion." (Leeds University Verse 1924–1948), p.9–10) 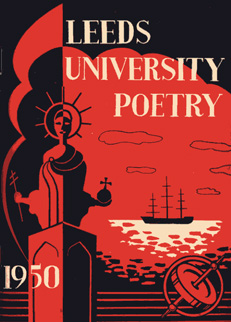 The period following the Second World War witnessed a boom in student publishing, not least with regard to literature and the arts. The Leeds University Poetry anthologies featured poems by both students and staff at the University. The first was issued in 1949 under the editorship of student Robin Skelton, with a Preface by Bonamy Dobrée. It was well reviewed in the press, John Pudney hailing it as "a valuable small contribution to literature at a time when poetry is in the throes of a crisis of production." (Quoted on back cover of the Leeds University Poetry 1950 ).

Leeds University Poetry 1950 was published approximately a year later, and included poems by the first Gregory Fellow in Poetry, James Kirkup, in addition to staff and student verse. 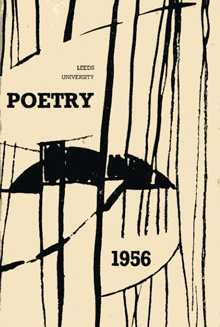 Other Gregory Fellows became involved in the production of subsequent issues of the anthology. John Heath-Stubbs appeared in the third collection, Leeds University Poetry 1954, as a contributor and was also acknowledged as an adviser. Poems by Thomas Blackburn were published in the next issue in 1956, alongside contributions from James Simmons, Heath-Stubbs, Robin Skelton and Geoffrey Hill, amongst others. Blackburn was similarly credited for his collaboration in compiling and editing the anthology; the cover was designed by the Gregory Fellow in Painting, Terry Frost.

The 1956 anthology appears to have been the last in the Leeds University Poetry series, but in no way signalled a hiatus in poetry publishing at the University.

The first Acadine pamphlet was issued in 1950, and comprised a short collection by Wilfred Rowland Childe, who was a lecturer in the Department of English Literature, titled The Blessèd Pastures.

In 1951, Skelton published Gregory Fellow James Kirkup's first work written at Leeds, The Creation , and a translation of Jules Supervielle's The Shell and the Ear, as part of the Acadine series.

Despite plans for further publications, Skelton and Metcalfe's venture ceased in the same year due to lack of funds. However, its beginnings in verse produced by poets working within the University would later be taken further by Andrew Gurr and Jon Silkin in the Northern House Pamphlet Poets series.