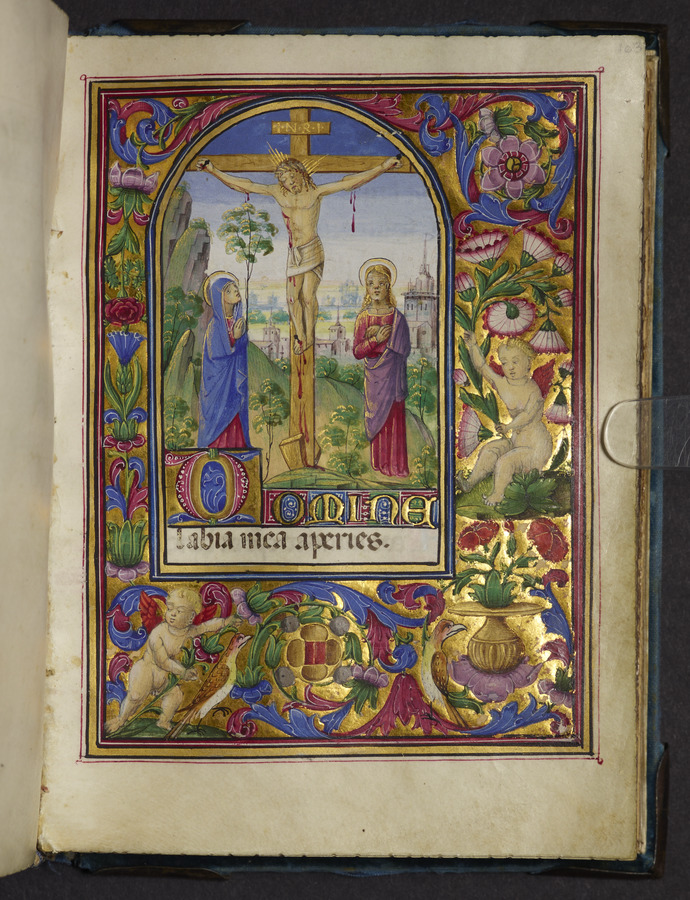 The most beautiful Italian manuscript in Special Collections is a book of hours made for a nobleman of Siena, Niccolò Brogioni (BC MS 10). The provenance of this manuscript has not been published before.

We can identify the patron from his coat of arms on the frontispiece and by his given name, which is included in the personalised prayers at the end of the manuscript (the most worn and frequently handled pages).

Niccolò Brogioni came from Pistoia, a city under Florentine rule at the end of the 15th century. He married Antonia di Guicciardo Forteguerri in 1473, and the couple had two sons, Francesco and Deifebo. Niccolò and his family became citizens of Siena in 1480, soon after the papal reign of Pius II Piccolomini (1458-1464). In Siena the Brogioni family belonged to the order of Monte del Popolo.

The illuminator responsible for the miniatures and decorated initials, which have retained their remarkable original vibrancy, is an assistant and follower of the so-called Master of the della Rovere Missals (possibly Jacopo Ravaldi), an artist documented as working for the papal court in Rome (see the work of ).

The Brogioni Master appears to have been his assistant until about 1485, after which he continued to develop the style in his own commissions. In addition to the Brogioni Hours, this illuminator painted a book of hours for Giovanni Stefano Ferrero of Piedmont, bishop of Vercelli in 1493-1502, bishop of Bologna in 1502-1510, and cardinal in 1500.

In Crucification of Christ (fol. 103r), the strong plasticity of the Brogioni Master’s style is striking. The figures appear as if sculpted; Saint John resembles a 12th century column statue. Tall and thin, the vertical extension of his body is emphasised by the linear drapery of his tunic and cloak (see image). His arms are crossed on his chest close to his body, respecting the loi du cadre of Romanesque sculpture, and his face is angular as if of carved wood or stone, rather than flesh.

The same quality can be observed in the Virgin and Child of the frontispiece (fol. 13r). It is in the mournful face of the Virgin that the artist yields the full impact of his image. Framed within a veil of intense blue, the Virgin's large, upturned eyes and sharp, delicate features embody her sorrow for her crucified son.