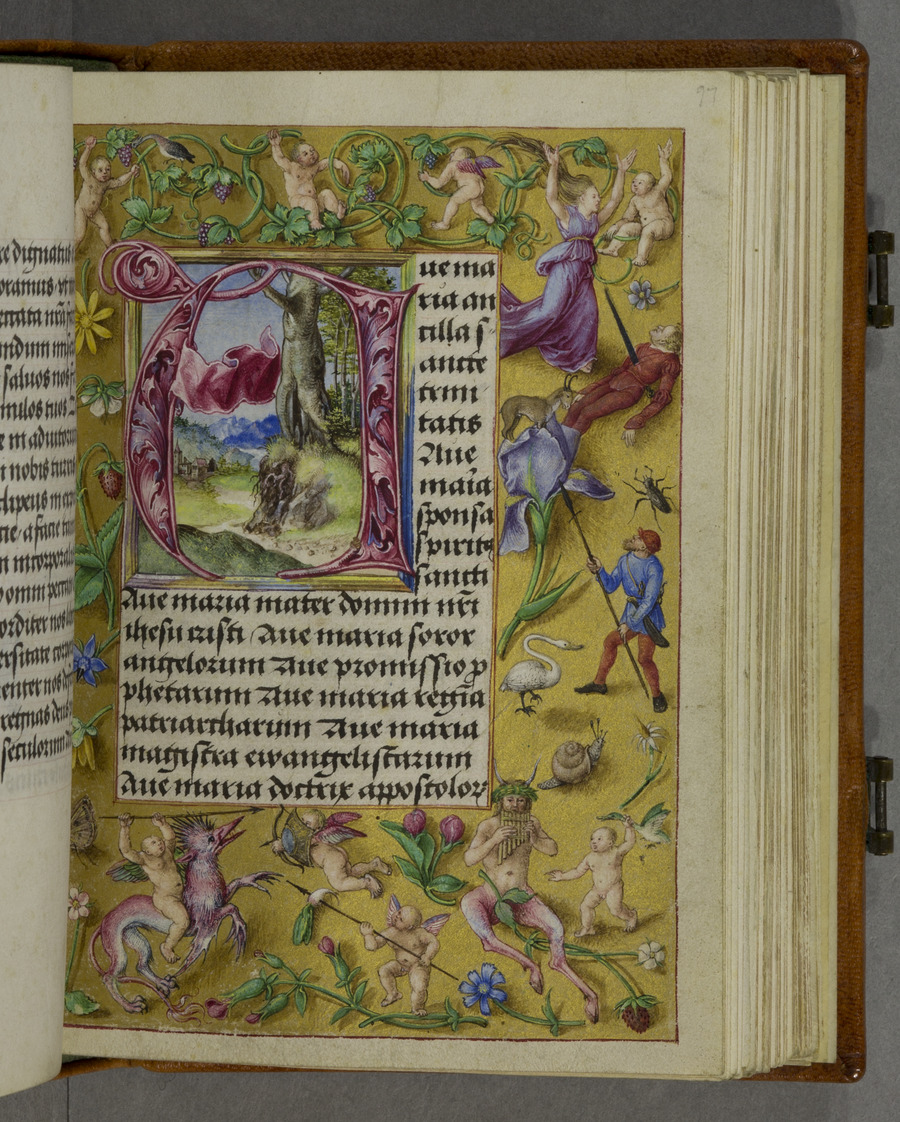 The earliest illuminated manuscript in Special Collections is a copy of Bede's commentaries on the canonical epistles (BC MS 22).

It was probably written and decorated by the Benedictine monks of the abbey in Reichenbach am Regen in Bavaria, where it could be found in the middle of the 12th century. It is written in beautiful Continental Caroline minuscule.

Large decorated and zoomorphic initials begin each of the seven epistles. For example a Wyvern (fol. 78v) forms a lively twisting shape of an S of "senior Gaio carissimo" which opens the sixth epistle – a private letter from the Evangelist John to the "elderly and beloved Gaius."

Another Bavarian example is a small prayer book (BC MS 12) which was written and illuminated some 400 years later at the beginning of the 16th century. Its calendar suggests that it was probably made for use in the area of Augsburg. The 41 miniatures of saints are modest, with minimal modelling and a reduced palette.

Jacob Elsner, an illuminator and goldsmith active in Nuremberg at the beginning of the 16th century, was probably responsible for a contemporary prayer book (BC MS 11) which is beautifully decorated with hundreds of naturalistic flowers, birds and insects, as well as some mythological figures.

In the Leeds manuscript shown here, a decorated initial A for Ave Maria encloses a charming landscape (fol. 97r). It provides a close comparison with an etching by Albrecht Dürer of 1518, Landscape with Cannon. A very similar tree trunk rises in the foreground, and a winding path leads to the village in the background. The composition of the print is reversed, but the original design for the plate would have echoed the initial, with the tree on the right.

According to surviving documentation, Dürer employed an illuminator around 1505 and, as has been suggested by Edmund Schilling, this may have been Jacob Elsner.