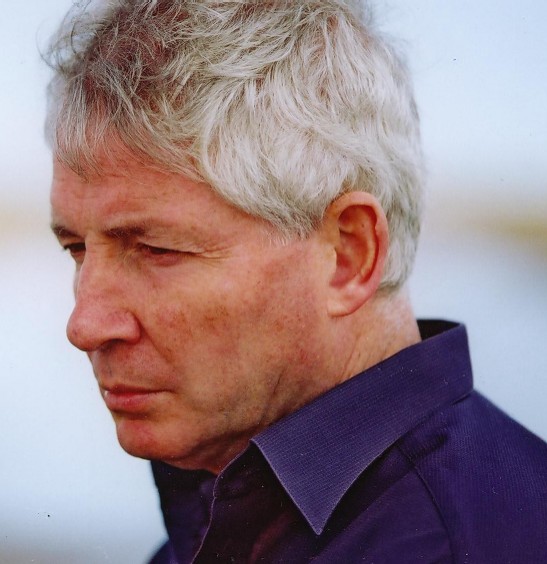 Kevin Crossley-Holland was the third poet associated with The Group to become a Gregory Fellow in Poetry. Aged 28, he was also one of the youngest to take up the Fellowship. His time as Gregory Fellow enabled the publication of his first major poetry collection, The Rain-Giver.

Kevin Crossley-Holland was born on 7 February 1941 in Mursley, Buckinghamshire. He was educated at Bryanston School before going on to read English Language and Literature at St Edmund Hall, Oxford from 1959 to 1962. It was during this time that a short collection of his poems, On Approval, was published under Howard Sergeant's Outposts imprint.

On leaving Oxford, Crossley-Holland moved to London and took up his first post in publishing, working as a fiction and poetry editor for Macmillan and Co. from 1962 onwards. He also took up a lectureship in Anglo-Saxon literature and culture for Tufts University's London programme in 1967. In 1969 he was approached by Professor A. Norman Jeffares on behalf of the Gregory Fellowships Advisory Committee and offered the Fellowship in Poetry; he held the Fellowship from 1969 to 1971.

Crossley-Holland continued to work for one day per week at Macmillan's in London during his tenure of the Gregory Fellowship, but took lodgings in a University flat on Springfield Mount for the time that he was in Leeds. During the second year of his Fellowship, along with his successor Pearse Hutchinson, he was targeted in a leaflet issued by the student pressure group Direct Action. Accusations of nepotism were levelled against Jeffares, who as well as being on the Gregory Fellowships Advisory Committee, was published by Macmillan. The accusations were later retracted and an apology issued to all concerned. (1)

During his Gregory Fellowship, Crossley-Holland worked with individual students on their poetry; conducted poetry workshops along the lines of those established by Peter Redgrove; gave and arranged poetry readings; and contributed both poems and advice to the student magazine Poetry and Audience. Like Redgrove and Martin Bell, Crossley-Holland had been involved in 'The Group' in London, having been introduced by Philip Hobsbaum. His 'Monday Meetings' at Leeds were organised and conducted along the lines established by 'The Group', and often involved 'guest poets' as well as students. (2) Martin Bell, Crossley-Holland's predecessor as Gregory Fellow, attended the Monday Meetings on occasion, as did Glyn Hughes. Crossley-Holland was first published in Poetry and Audience in 1968, when Bell was Gregory Fellow; the following year, during his Fellowship, an entire issue of the magazine was devoted to his work. (3) 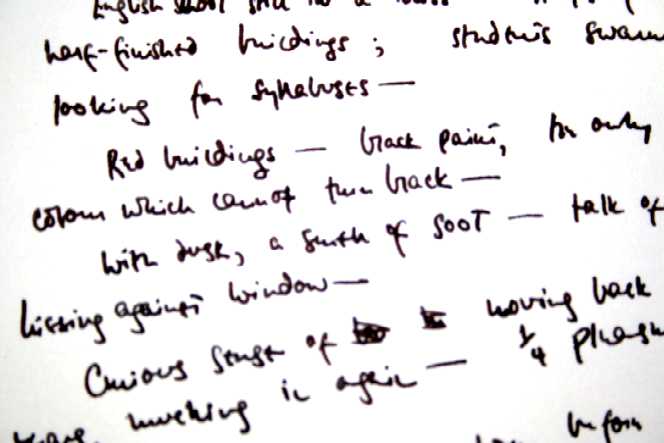 Notes by Crossley-Holland on his first impressions...

Notes by Crossley-Holland on his first impressions...

Crossley-Holland was also involved in an attempt to establish a Northern Universities Poetry Circuit. (4) Working with Timothy Webb, Director of the Poetry Room at Leeds, he proposed that the universities of Leeds, Durham, Hull and Newcastle upon Tyne should form the core of the circuit. A number of poets interested in reading on the circuit were identified, including Tony Harrison, Peter Redgrove and Jon Silkin; however, it is unclear as to whether this venture ever came to fruition.

In addition to, "the stimulus of discussing and criticising poetry on a regular basis," Crossley-Holland appreciated the time that the Gregory Fellowship gave him to write. (5) Since the publication of On Approval in 1961, he had published translations from Old English (including Beowulf), novels for children, and a number of short poetry collections and individual poems through small presses. His first major poetry collection, The Rain-Giver, was published in 1972, the year after his Fellowship ended; his travel book, Pieces of Land, was written during his Fellowship, and was published in the same year. As Gregory Fellow, Crossley-Holland was also commissioned to write a children's drama for performance by the University's Workshop Theatre. The Laidly Worm, based on a Northumbrian folktale, was written between January and April 1971, and performed by the Workshop Theatre at various West Yorkshire primary schools in June of that year. (6)

Following his Gregory Fellowship, Crossley-Holland returned to living and working in London. He continued to work for Macmillan until 1972, when he became Editorial Director at publishers Victor Gollancz, a position he held until 1977. Between 1978 and 1980 he held a lectureship in English Language and Literature at the University of Regensburg. He has held visiting professorships at St Olaf College (1987-1989) and the University of St Thomas (1991-1995), Minnesota; was Arts Council Fellow in Creative Writing at Winchester School of Art from 1983 to 1984; and has travelled extensively as part of the British Council's Visiting Author programme. A touring exhibition, 'Telling the Tides,' comprising manuscripts and other items drawn from Crossley-Holland's Archive, and illustrating the process of writers' work, their networks, collaborations and friendships, was shown at the University of Leeds in 1999.

Kevin Crossley-Holland has continued to write poetry, prose, drama and librettos; and has written and presented numerous documentary features and programmes for both television and radio. He lives in Norfolk.

(2). Information from Crossley-Holland's responses to a survey on Writers in Education conducted by Alan Brownjohn for the Arts Council in 1979 (Leeds University Library Special Collections).

(6). Correspondence and papers relating to The Laidly Worm. LUL, BC MS 20c Crossley-Holland/7/4/3.