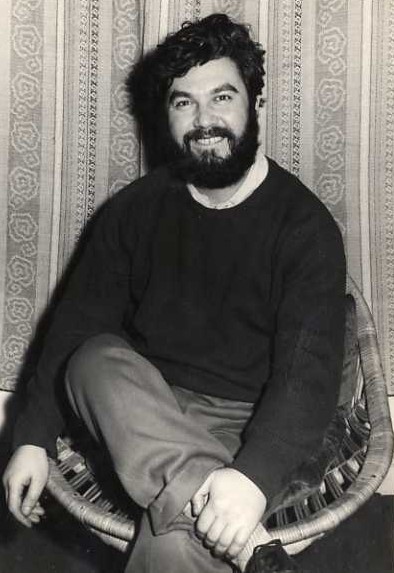 Jon Silkin was one of the youngest Gregory Fellows in Poetry, taking up the post in 1958, aged 28. He studied for a degree in English Literature during his time in Leeds; and in 1960 relaunched his renowned little magazine Stand from the School of English.

Jon Silkin was born in London on 2 December 1930. He was educated at Wycliffe College before being evacuated to Kent and then to Wales during the Second World War. He returned to London at the end of the war and attended Dulwich College, from which he was eventually expelled for truancy. Aged 17, he worked as a filing clerk and then a journalist; at 18 was called up for National Service, during which time he served in the Education Corps as a Sergeant Instructor. In 1950, shortly after being discharged, he published his first short collection of poems, The Portrait.

On leaving the Army, Silkin worked for several years as a manual labourer/unskilled worker, his jobs including a period working as a gravedigger. In 1952 he was fired from one of these jobs for attempting to form a Union; the 5 pounds redundancy money he received enable him to found and produce the first issues of the little magazine, Stand. Early contributors included poets who held or would go on to hold the Gregory Fellowship, including James Kirkup, Thomas Blackburn and William Price Turner; Turner had also started his own little magazine, The Poet, in 1952. Silkin was forced to cease production of Stand in 1957 due to lack of funds. 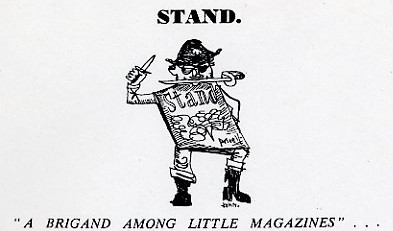 Silkin's first major poetry collection, The Peaceable Kingdom, was published in 1954. Many of the poems in the collection had appeared previously in little magazines or broadcast on BBC Radio including his most anthologised, and arguably most famous poem, 'Death of a Son.' He was also included alongside poets including Vernon Scannell, William Price Turner and David Wright in the Mavericks anthology compiled by Howard Sergeant and Dannie Abse in 1957. In 1956, Silkin took up a post teaching English to foreign students at the St Giles School of Languages on Oxford Street. Two years later, in 1958, he was awarded the fourth Gregory Fellowship in Poetry at the University of Leeds . A second poetry collection, The Two Freedoms, was also published in this year.

Silkin was extremely active during his time at Leeds. He held the Gregory Fellowship in Poetry from 1958 to 1960, but continued to live in the city until around 1965. He appreciated the time that the Fellowship gave him to write; his third collection, The Re-Ordering of the Stones (1961), includes many poems written in Leeds and was dedicated to Peter (ie E.C.) Gregory. When the future of the Fellowships came under scrutiny in the 1970s, Silkin reflected on the "immensely stimulating" contact he had at Leeds with other poets and students, referring to the Fellowship itself as a, "once in a lifetime breathing space which can be crucial to the creative activity of any poet." (1) 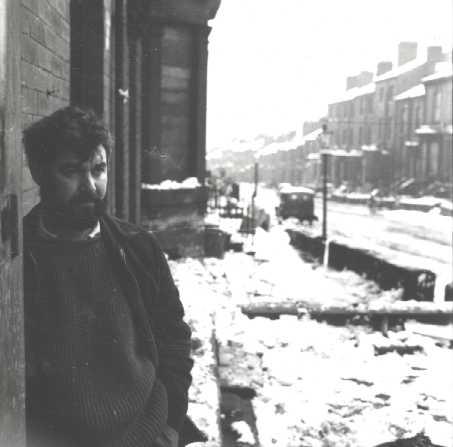 Like previous Fellows in Poetry, Silkin became involved in the student literary journal Poetry and Audience as both a contributor and an editorial advisor. Tony Harrison was sub-editor, and then editor of the magazine during this period. Silkin had first been published in the magazine in 1956; his contributions during his time at Leeds included both poems, and a defence of the journal's publication of James Kirkup's poem 'Gay Boys' against accusations of encouraging homosexuality and vice. (2)

In 1959, Silkin collaborated with Maurice de Sausmarez (then Head of the Department of Fine Art at the University) in mounting an exhibition of manuscripts and artworks of the Anglo-Jewish poet and artist Isaac Rosenberg. His interest in Rosenberg was shared with Geoffrey Hill. Throughout his time at Leeds, Silkin offered seminars in creative writing and courses on modern poetry through the University's Extra-Mural Department. He was the first Gregory Fellow in Poetry not to have had a university education, but appears to have enjoyed the experience of working in an academic environment. In 1959, he enrolled as a Special Studies student at the University to study for a degree in English Literature; Ken Smith was a fellow student. He graduated in 1962, having written a critical essay on his own poetry during his final examinations. It was also during his studies that Silkin started work on the critical study of the poets of the First World War published in 1972 as Out of Battle.

Silkin's time at Leeds also enabled the relaunch of Stand magazine. The first issue to be published in three years was produced from the Department of English in 1960, following encouragement from G. Wilson Knight and A. Norman Jeffares, and Silkin's success in gaining financial backing from Leeds and Bradford businessmen. Ken Smith became a co-editor in 1963; Jon Glover, a student at Leeds at this time, also became involved its production and distribution.

Silkin was also involved in establishing the Northern House publishing venture from the Department of English with lecturer Andrew Gurr. Silkin first approached Gurr regarding the possibility of printing his Flower Poems, which were inspired by plants growing in the garden of his flat at 144 Otley Road; the idea quickly expanded to producing a series of poetry pamphlets. (3) Ken Smith, alongside Gurr and Silkin, became a director of Northern House. The first three pamphlets, Silkin's Flower Poems, Smith's Eleven Poems and Geoffrey Hill's Preghiere, were published in 1964.

Prompted by the offer of funding for Stand from the Northern Arts Association, Silkin left Leeds for Newcastle in 1965. His collection Nature With Man, comprising poems written during his time in Leeds, was published in the same year and won the Faber Memorial Prize. Also in 1965, Silkin took up the first of many visiting lectureships and residencies in the United States, at Denison University, Ohio. In 1968, he returned to the United States to take up a year-long residency at the Writer's Workshop at the University of Iowa. Tony Harrison, himself living in Newcastle by this time, took over the editorship of Stand during Silkin's absence. 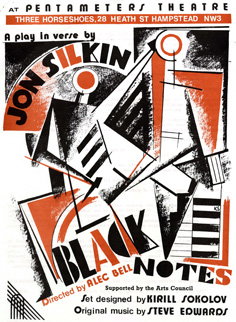 During the 1970s and 1980s, Silkin produced a further five collections of poetry, as well as publishing poems in periodicals and with small presses. He continued to edit, manage and sell Stand, and published the Poetry of the Committed Individual anthology, compiled from contributions to the magazine, in 1973. He also selected and edited the Penguin Book of First World War Poetry, first published in 1979; and co-edited the Penguin Book of First World War Prose (1989) with Jon Glover. He held numerous residencies and visiting/touring lectureships in the United States and elsewhere, including Australia (1974) and Israel (1980). In addition to travelling extensively, he held various creative writing positions with schools, colleges and local authorities in the United Kingdom, notably the C. Day Lewis Fellowship at Aylestone School, North London from 1976 to 1977; and a residency at King's College, Taunton, in 1985, which led to the commission and production of his play Gurney (also performed under the title Black Notes), on the life of war poet Ivor Gurney.

Silkin continued to write, teach and travel into the 1990s. Between 1991 and 1994, he was mostly based in Japan, where he taught English and American literature at the University of Tsukuba. A further critical work, The Life of Metrical and Free Verse in the Twentieth Century, was published in 1997. Silkin's ties with the University of Leeds were firmly re-established in 1994, when he became a Senior Fellow in Poetry in the School of English; the following year, the Stand archives became part of the Brotherton Collection.

Jon Silkin died on 25 November 1997. At the time of his death, Silkin was compiling a further collection of his poetry for publication; Making a Republic, edited by Jon Glover, was published posthumously in 2002.