William Price Turner succeeded Jon Silkin to the Gregory Fellowship, holding the post from 1960 to 1962. He was very popular as Gregory Fellow in Poetry, and was noted for the "encouragement and assistance ... given to nearly every student writer in the University."

William Price Turner, the poet, editor and critic, was born in York on 14 August 1927. Whilst he was still a child his family moved back to Scotland, where he grew up and spent some of his early adult life. He left formal education aged 14, and from 1952 to 1957 edited and hand printed his own poetry magazine from Glasgow. The Poet ran to 15 issues, and like Jon Silkin's Stand magazine (also founded in 1952), was international in scope and published many poets who were later to become well known. Correspondence in the Stand Archive shows that Turner and Silkin were in contact from the earliest days of Stand, and reveals their support for each other through shared contacts and distribution outlets, and the exchange of advertisements.

Turner's first poetry collection, First Offence, was published in 1954; and his first full collection, The Rudiment of an Eye, in 1955. After working for the BBC on short-term contracts as a caption artist and then as assistant floor manager, he left Glasgow in 1960 to become the fifth Gregory Fellow in Poetry. Turner states that he had heard about the Fellowship previously through announcements about former Gregory Fellows including James Kirkup and Thomas Blackburn. He did not 'apply' for the position, but accepted when it was offered to him. (1) Bonamy Dobrée had included Turner in a survey article on the 'younger generation' of English poets for the Sewanee Review some six years prior to this, in 1954. (2) Turner and Dobrée were to remain in contact; Dobrée was amongst the first to see Turner's collection The Moral Rocking Horse before its publication in 1970. (3)

During his Fellowship, Turner resided at a flat on St John's Terace, close to the University. He held regular poetry seminars for students and contributed to Poetry and Audience as his predecessors had, and made himself available "every afternoon and most evenings" to anyone who wanted advice on writing. Turner's dedication to his role as Gregory Fellow appears to have made a big impression on those students with whom he came into contact: Desmond Graham in his final editorial for Poetry and Audience remarked on the "encouragement and assistance" he gave to "nearly every student writer in the University;" and David Kerrison, co-founder of student magazine Sixty-One, refers to his interest and helpfulness (despite an often "acerbic approach"), and his "penetrating sense of what was genuine and what was fake in poetry." (4) 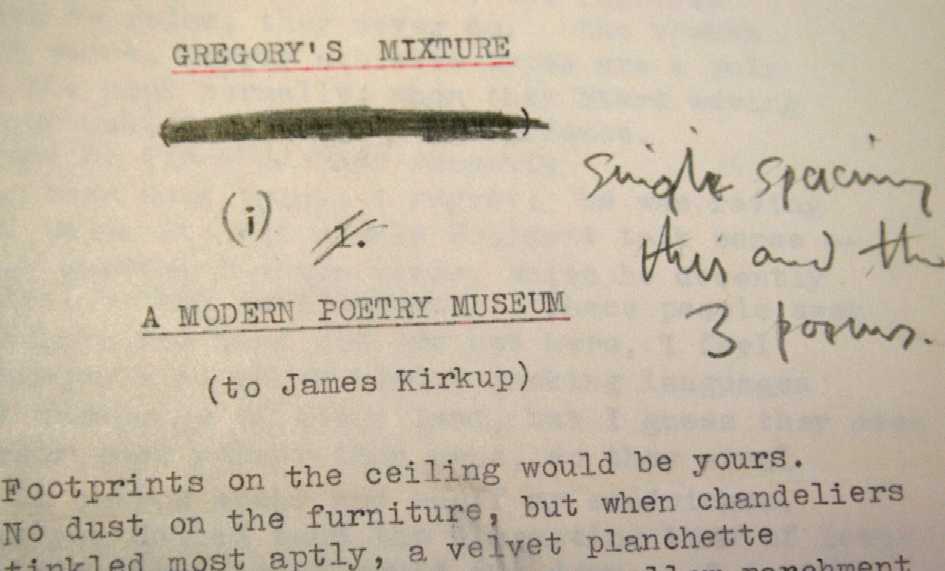 As a result of his own work during his time in Leeds, Turner published the collections The Flying Corset (1962) and Fables from Life (1966), the latter as part of Jon Silkin and Andrew Gurr's Northern House Pamphlet Poet series, published from the Department of English Literature. He wrote poems dedicated to each of the previous Gregory Fellows, published in Poetry and Audience as 'Gregory's Mixture.' (5) Turner and James Kirkup were evidently in correspondence with each other, Kirkup referring to Turner's 'Train of Thought' (also written during his Gregory Fellowship) as "an absolute winner of a poem." (6)

Following his Gregory Fellowship, Turner stayed in Leeds for several years. Between 1962 and 1966 he worked as a sub-editor, and then as a crime fiction reviewer for the Yorkshire Post; and from 1963 to 1966 taught a creative writing class at Swarthmore Adult Education Centre. At some time between 1964 and 1966, he returned to the Department of English Literature to make a recording for the Poetry Room, reading from his own verse. 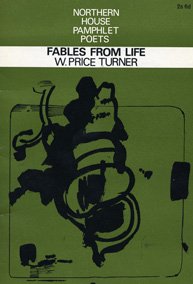 Turner published poetry, reviews and articles (mainly in magazines) throughout his life. He also published 6 novels, and had plays and poems broadcast, including the libretto Baldy Bane written for the BBC in 1967. In 1970 he won the Scottish Arts Council Publication Award, and from 1973 to 1975 held a writing fellowship at Glasgow University. Initially he worked as William Price Turner, but from 1979 he published under the name Bill Turner. His work was never fashionable in a literary sense, and was therefore mainly published by smaller publishers in books and pamphlets. Yet perhaps despite (or because of) this, his work sold well and his poetry became noted for its use of satire, especially in The Flying Corset (1962) and The Moral Rocking Horse (1970).

(1). Information from Turner's responses to a survey on Writers in Education conducted by Alan Brownjohn for the Arts Council in 1979 (Leeds University Library Special Collections).

William Price Turner, autograph manuscript drafts for the poem 'Train of thought' with a signed typescript of the final version and some correspondence