Choosing the right statistical test to use with your data can be difficult.

Data can be classified as either categorical or numerical.

Examples of numerical data include variables such as height, weight, marks in an exam. In statistics, different words may have a similar meaning so the term numerical is sometimes referred to as interval or ratio.

Within the categorical data type, there are two sub-groups: 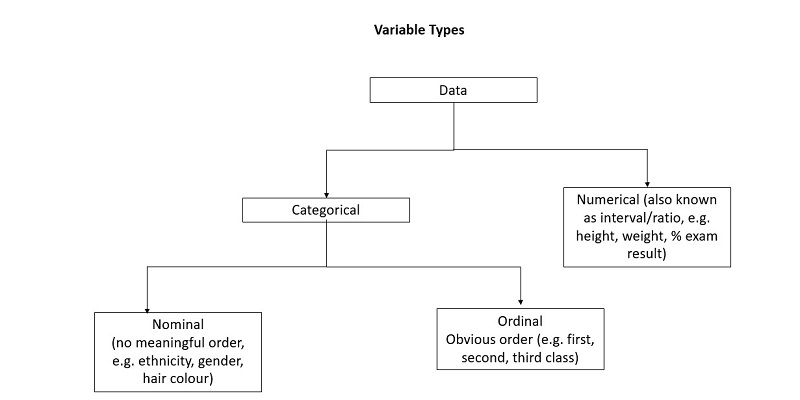 A dependent variable is one that depends on other variable(s). For example someone’s exam result (dependent) might depend on the number of hours they study (independent).

If you have repeated samples of data taken over time (eg pulse rate before and after exercise; water quality sample at the same point in a river taken during the morning, afternoon and evening) this is called repeated measures, paired or within-subjects.

If you have samples of data from independent groups (eg pulse rates of children and adults) this is called independent measures, or unpaired or between-subjects.